This article is a beginning with the deployment of the simplest Hello World contract.

Remix is a web-based IDE for writing, compiling, and deploying smart contracts.

If this is your first time using Remix, you must locate and activate the "Solidity compiler" plug-in, as shown in the figure below. 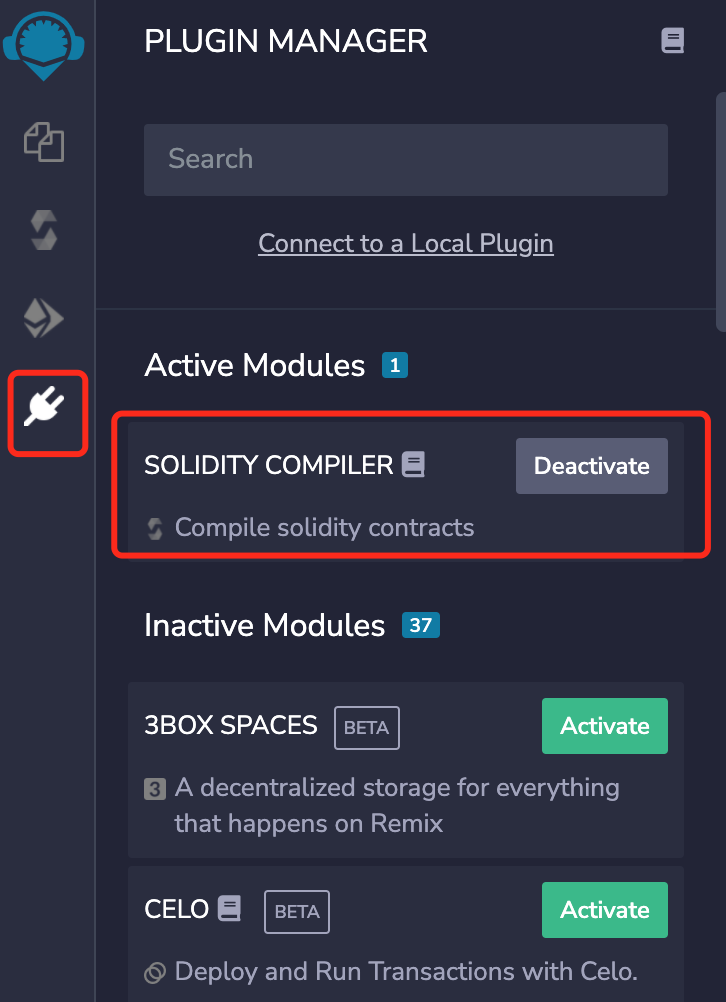 By clicking the button circled in the figure, you can create a new file called HelloWorld.sol and copy and paste the following code into it.

This is the smart contract code we are going to deploy:

In the first line, SPDX-License-Identifier: GPL-3.0 specifies that this smart contract is open source and adheres to the GPL3.0 open source agreement. You can also choose from a variety of other open-source licenses based on your specific requirements. When there is not a license, use UNLICENSED.

The second line, pragma solidity ^0.8.7, specifies the compiler's version. This contract can be successfully compiled only with the Solidity compiler version 0.8.7 or higher.

string public greeting declares a public variable named greeting of the string type. This variable is referred to as a state variable, and it will be stored in the contract and on the blockchain in perpetuity. The public keyword enables external access to this variable and creates an accessor function for it.

constructor specifies the contract's constructor. It is capable of receiving a string parameter message, storing it in memory, and assigning the message's value to greeting. Please keep in mind that each smart contract can only contain one constructor, which will be invoked only when the contract is deployed.

function updateGreeting declares an ordinary function that can be called from outside to modify the content of greeting.

Select the Solidity compiler on the left, and select version 0.8.7 or higher.

Click Compile HelloWorld.sol. When the compilation is successful, the compiler icon will have a green tick, as shown in the figure. 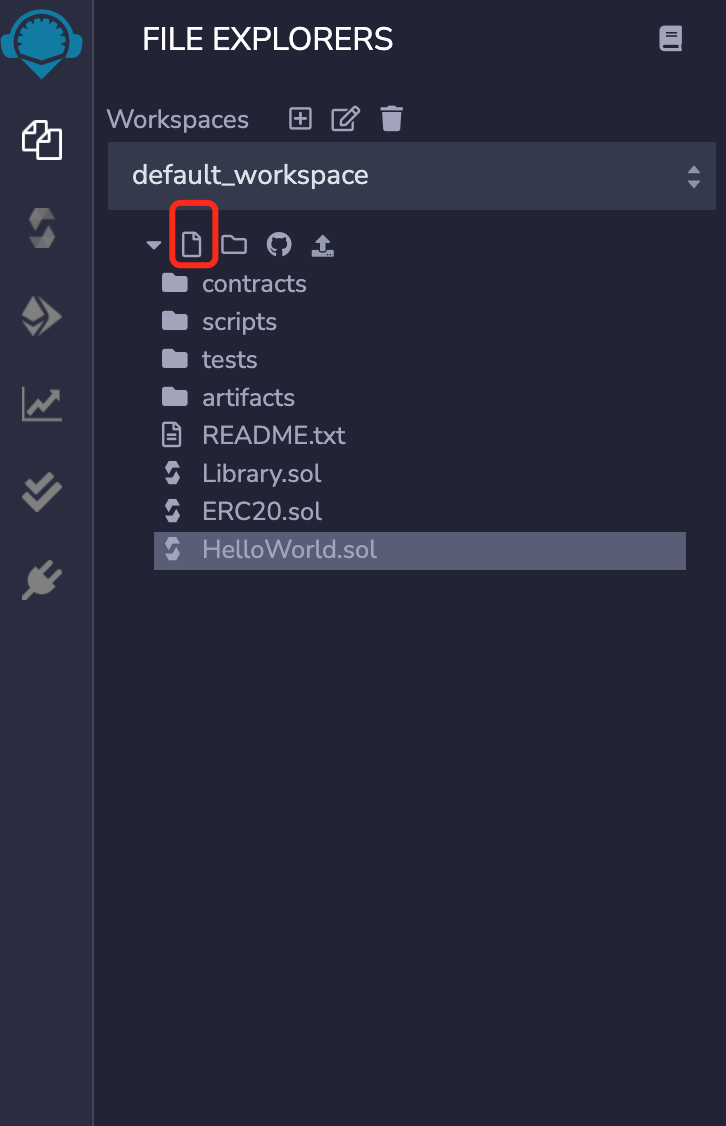 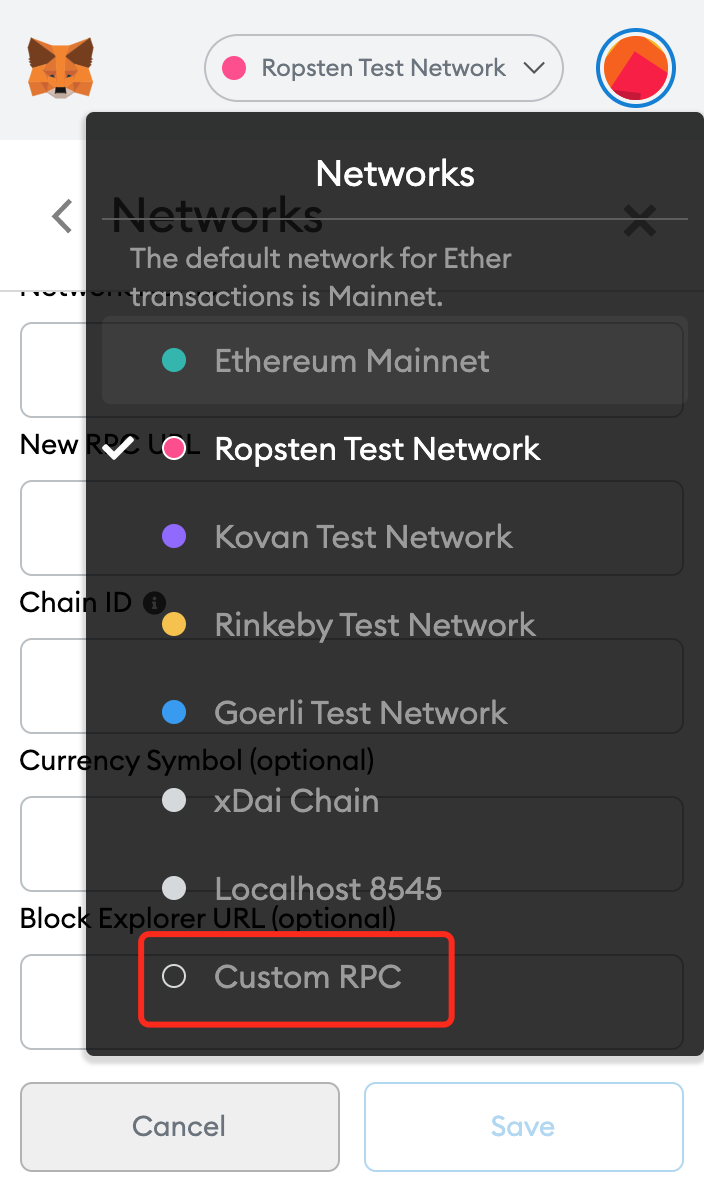 Fill in according to the information in the picture: 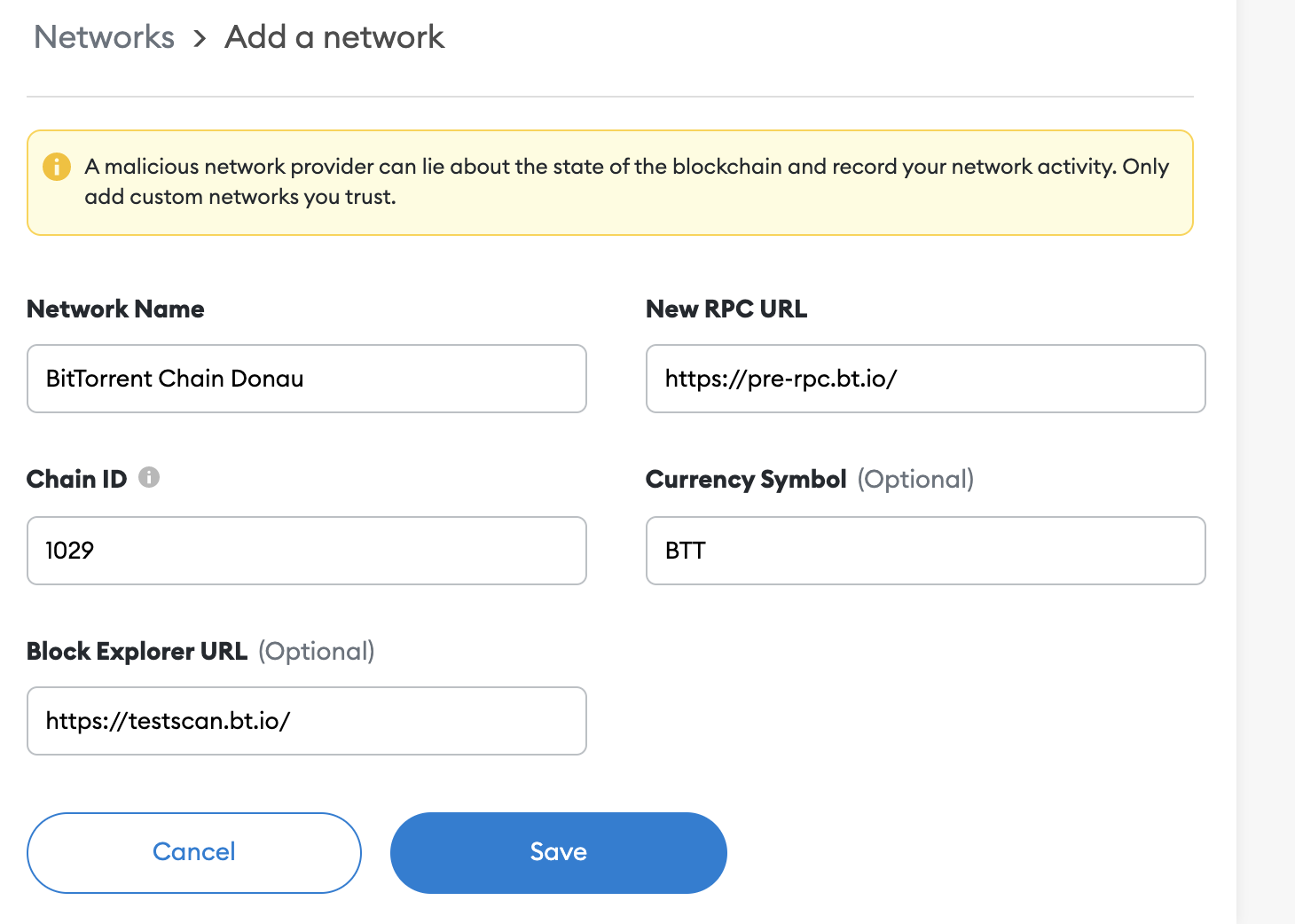 Kindly visit the faucet to obtain some test BTT.

Once the network configuration is complete, the smart contract can be deployed on BTTC.

In the input box next to Deploy, enter the initial Greeting content 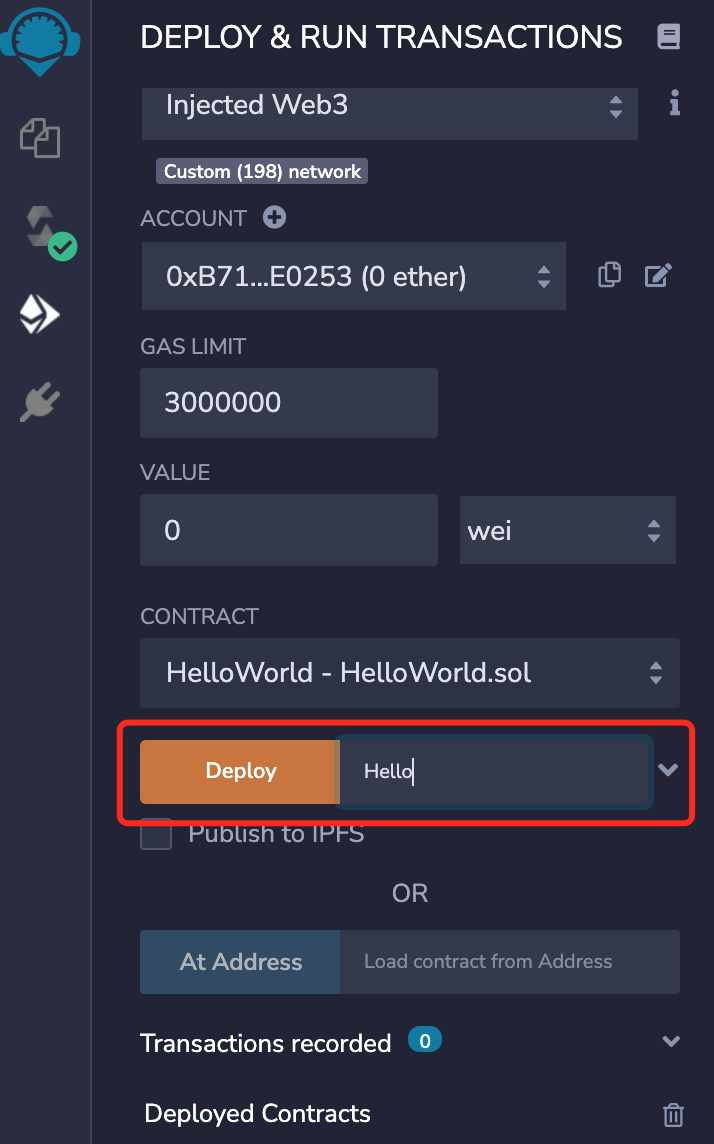 After clicking Deploy, MetaMask will pop up a transaction confirmation window 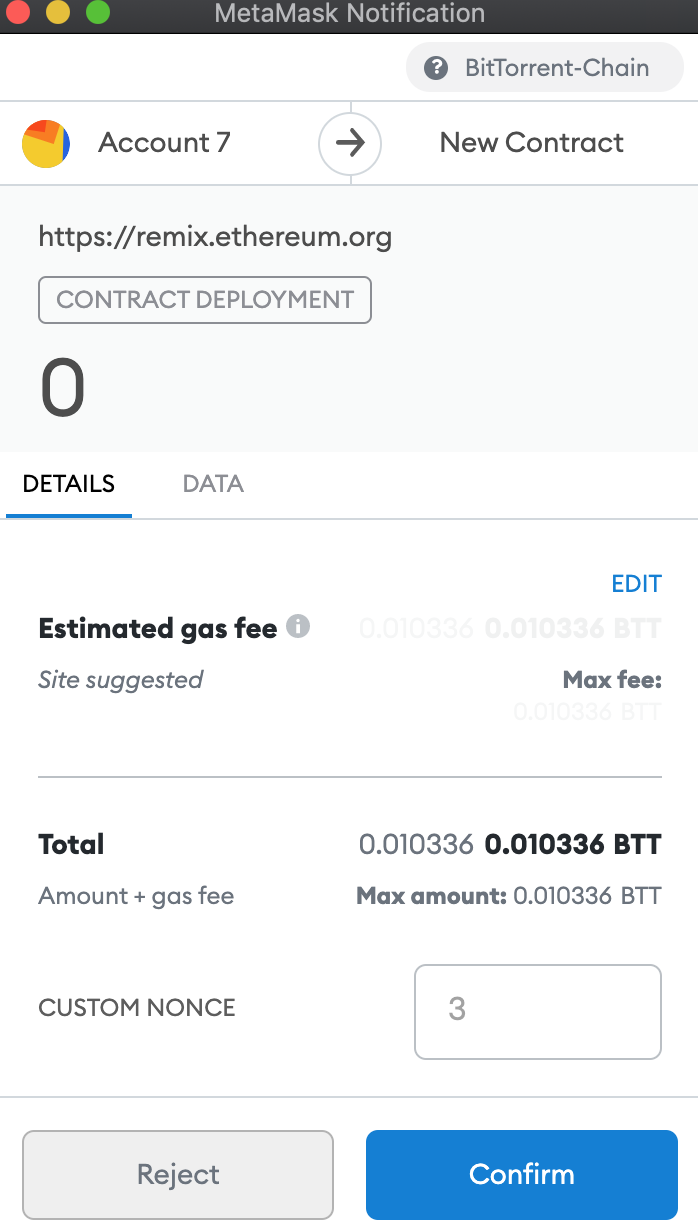 Congratulations! The HelloWorld contract has been successfully deployed to the BTTC testnet. Now you can interact with it and check its status on the explorer.